The first time someone asked if I was following Pinterest, I said “WHAT IS THAT?”.  As the site was explained to me I initially thought; “oh my, do I need another online distraction in my life?”  and then I found myself curious.

As I began to investigate this new phenomenon, I became fascinated! Thousand of individuals around the globe are finding items and ideas that identify what they like, what their favorite style is, gifts they’d love to give, ways to decorate that reflect their personal style.  These ideas are being “Pinned” to a wall and saved there–not only for themselves, but for those who would like the same options and would like to “Re-Pin” them to their own wall.

Recently I have received some precious holiday gifts. When I asked where the idea had been found the automatic answer has been Pinterest; I even snatched an Idea for a gift this year!  What a creative idea.

As I began to reflect on this concept I realized I like being able to look at the walls of those to whom I am familiar and smile because the choices they are making in the ideas and options they have “pinned” truly do reflect how I know them or reveal to me something new and interesting about them.  Often I have said to a fellow Pinner ” I thought you would have chosen that or “that idea made me think of you!”.

Being known & understood is something we all desire.  Being able to express who we are is an element of life that makes us unique from one another. Having our ideas “liked” builds confidence in our creative choices.  This crazy idea of Pinterest allows people that option.

We don’t have to wait to look on someone’s “Wall” to learn about their likes, ideas, and dreams however, sitting together over a grand cup of Holiday Coffee is a very tangible way to get to know all those elements for yourself.  While we have many online options to “learn” about each other let’s not forget to continue to connect face to face with the same interest in our ideas and uniqueness’s!

Enjoy this holiday season and take a little time out to get to know someone in a fresh way!  Now–off to “Pin” this new item I JUST found!! 🙂 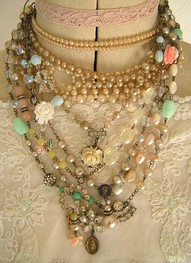