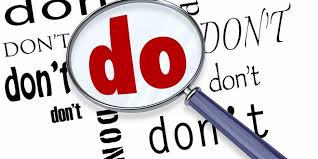 I was about 5 years old when my parents began to attend a wonderfully energetic Assembly of God church.  Each week a large choir belted out anthems while attenders sang along with hands raised in worship; engaging, emotional, and even a little bit loud! We went to church early each Sunday for Sunday School, coffee and goodies in between, and then the larger church service till noon; we would return again in the evening for another engaging service as well as popping in on Wednesday nights for classes and connection. Those were the expected rules of attendance. I am grateful for my heritage and the many things I learned over the years. But, there were many rules for those in the club:  no dancing, no alcohol, no playing cards, no going to the movies, no wearing pants to church, etc.  None of the rules were damaging except that I was convinced they were “God’s rules” in order to be acceptable to Him.

Imagine my surprise when, as an adult, when my husband and I pastored churches and eventually began to Coach pastors from every denomination and non-denomination.  I began to see that each church group has their own rules for their club.  The “rules” weren’t necessarily harmful but it was important to know what the rules were in order to be fully accepted into the “club”. Often the rules were non-negotiable.

About 10 years ago I met a young gal, pierced and tattooed.  A really kind-hearted, friendly young gal.  We chatted a bit each week as she shared some of the challenges she was experiencing in her life; I would always encourage her to find a church to attend in hopes that she would find the answers she needed for her life.  I was really excited the day she expressed that she had been to church over the weekend. With teary eyes she spoke of how the songs that had been sung really touched her heart, the teaching she heard really made her think and long for something new. At the close of the service there had been an opportunity for anybody wanting a fresh start to come to the front to pray with a leader there.  She said she almost ran to the front.  As she shared her vulnerable heart that day, the leader looked at her as tenderly as she could and let this young girl know that God did really love her BUT that those piercings and tattoos were truly not acceptable.  She left the church brokenhearted that day.  Oops…She did’nt know the rules of the club.

Certainly any organization–churches or businesses –will have their own personality, themes, rules, and ways to navigate ongoing interactions.  My only caution would be this:  Let’s be careful that we don’t keep people out or at a distance because they don’t abide by all the rules that have been established. Let’s not let our “rules” keep others from knowing and experiencing the gracious and inclusive love of our God.  Let’s make sure the rules we establish are truly from Him.

…..one thing I know for certain, her tattoos and piercings didn’t matter to God. I think He cried that day.

One thought on “The Rules of the Club~”