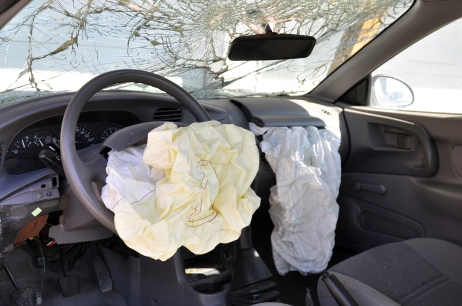 I have always wondered what it would be like. I have always been cautiously curious about what a person experiences in a significant car accident. Other than a few fender benders in my life I’ve been incredibly fortunate that I’ve never gotten the chance to explore my curiosity, until last week.

We had done all the right things to be sure that we were traveling safe as we drove over the pass to see family on the 4th of July.  Most of the traffic was heading towards our hometown so as we headed out we could see that traffic in our direction was smooth sailing. The days spent with family were truly treasured days; we don’t regret having made the effort.

We headed home as a reasonable hour; making sure we would have daylight for our entire ride home. Thirty minutes into our drive we could see that there were a great deal of folks making their way home from the Central Oregon area after having enjoyed hearty celebrations there. My husband and I had just discussed the fact that we would need to really watch how others are driving as they were coming fast and way too close together.

Then it happened.   The driver of a large truck had been distracted by something he saw along the road. This distraction caused him to fail to see that the car in front of him had put on their breaks. In a knee-jerk reaction the driver over-corrected and plowed straight into our vehicle at 55 miles an hour. I saw the truck, let out a scream, there was impact, and airbags deployed which felt like having lightning strike right in front of us. Windows broke, smoke flooded our car, and we scrambled to safely get out of the car on the only side that was usable at this point.

As I stood shaking alongside the road I felt like I was having an out-of-body experience. I watched my husband make his way out of our vehicle and it was obvious that he had some injuries and was in a daze. Within minutes the paramedics and police came to our rescue. It all seemed very surreal. The driver of the oncoming vehicle had crashed into a ditch alongside the road behind us; his truck was totaled due to the impact as well but gratefully, he was not injured.

I stood off to the side as a flurry of helpers and well-wishers made incredibly kind efforts to support us; my husband had sustained the major portion of the impact and so it was vital he had the paramedics working with him. Now I know what it feels like to experience a significant car crash; to be in a setting where you have absolutely no control. If someone were to ask me what my thoughts were in those few seconds as I watched this oncoming vehicle slam into our truck, I would say there was just an odd sense of quiet. A sense of helplessness without the sense that this was something I could fight.

Many folks have faced various car incidents and I am so grateful that Greg and I did not sustain the kind of injuries so many others have had to endure. Bumps, bruises, and strange new pains are the extent of our woes ( and the loss of a new well-loved and well-used truck).  It could have been much worse.

Here’s the piece of the story that has left me asking the right questions. It could have been much worse; we could have perished. That begs the question “what would I have regretted?” What would I have wished I had made a priority? “ Where would I have wished I had put the bulk of my time knowing that day could have been my last?” For me, there were numerous areas of priorities that I have worked hard to keep over the last few years, people who I’ve kept at the top of my “to do” list, and activities I have maintained that I felt happy about. Most people in my life would not have to second-guess how I feel about them but I am sure I could do better at this.

As I look at this accident in hindsight I am filled with gratefulness that our lives were spared, the other driver included. I am grateful for the help we received. I am grateful that there “just happened” to be a turnout right where there was impact and we were able to get off the fast-moving highway. I am mostly grateful, however, for another chance to take a good look at my life and once again, evaluate my key Life Accounts, priorities, and the use of my time and talents.

Certainly, I’d love nothing else than to never have to experience this ever again; I am not longer curious. My hope, in sharing this blow-by-blow narrative, is that you might grab this opportunity to evaluate your life. Where might you have regrets? What ought you change today? Who needs to know how you feel about them?

We went from calmly driving while listening to 70’s music to being slammed by airbags in a period of seconds! No warning!   Life can change just that fast; let’s use the time we’ve been given to build a legacy of love and impact; no regrets!

3 thoughts on “Angels and Airbags~”